Adobe Illustrator 2023 v27.1.1.196 (x64) Multilingual
You are using an out of date browser. It may not display this or other websites correctly.
You should upgrade or use an alternative browser.

A Rope from the Sky: The Making and Unmaking of the World's Newest State 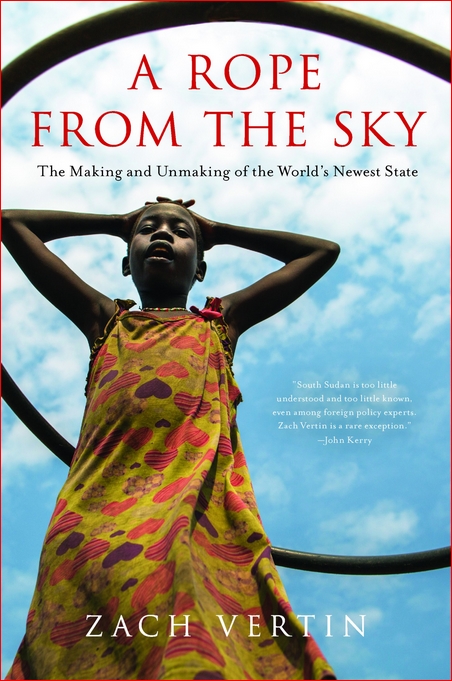 
A remarkable chronicle of America's attempt to forge a nation from scratch, from euphoric birth to heart-wrenching collapse.

The birth of South Sudan was celebrated the world round―a triumph for global justice and the end of one of the world's most devastating wars. The Republic's historic independence was acclaimed not only by its long-oppressed people, but by three U.S. presidents and the legions of Americans who championed their cause. But the celebration would not last; South Sudan's freedom-fighters soon plunged their new nation back into chaos, shattering the promise of liberation and exposing the hubris of their American backers.

Drawing on extraordinary personal stories of identity, liberation, and survival, A Rope from the Sky tells an epic story of paradise won and then lost. Zach Vertin's firsthand accounts from deadly war zones to the halls of Washington power bring readers on an extraordinary journey into the rise and fall of the world's newest state. South Sudan's untold story is a unique episode in global history―an unprecedented experiment in international state-building, and a cautionary tale.

Where Team of Rivals meets The Last King of Scotland, this gripping narrative follows an unlikely cast of liberators as they crusade from the bush to the palace and back. Long darlings of the West, South Sudan's guerillas were backed by an unprecedented coalition of Democrats and Republicans, ideologues and activists, evangelical Christians and Hollywood celebrities. This zealous alliance helped deliver an oppressed people from tyranny, only to watch in horror as their chosen heroes then turned their guns on each other.

A Rope from the Sky is propelled by characters both inspired and ordinary their aspirations are matched by insecurities, their sins by courage and kindness. It is first a story of hope, power, greed, compassion, and conscience-shocking violence from the world's most neglected patch of territory. But it is also a story about the best and worst of America both our big-hearted ideals and our difficult reckoning with the limits of American power amid a world in disarray.

From moonlit battlefields and glitzy hotel ballrooms to the emerald green marshes of the Nile, A Rope from the Sky is brilliant and breathtaking, a modern-day Greek tragedy that will challenge our perspectives on global politics.