Adobe Master Collection 2023 V2 (RUS-ENG)
You are using an out of date browser. It may not display this or other websites correctly.
You should upgrade or use an alternative browser. 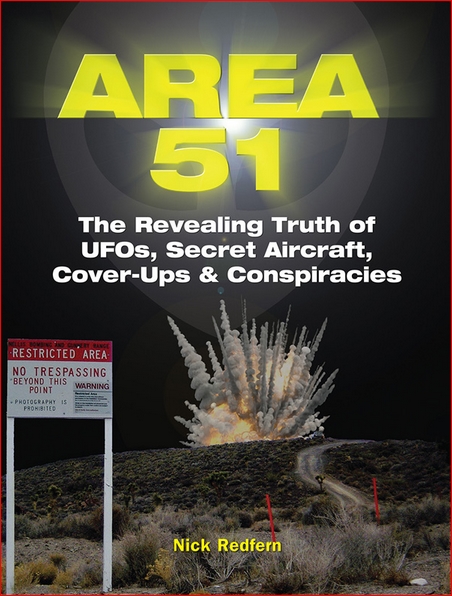 
It's no secret that, roughly 100 miles north northwest of Las Vegas, in the middle of a remote dessert, sits an extension of the Edwards Air Force facility commonly known as Area 51, but its clandestine purpose and operations remain shrouded in secrecy. It's a highly classified, restricted area, but, cloaked in conspiracy theories, its history and true function remain a mystery. Is it only devoted to flight testing experimental aircraft and building black ops weapons systems as some contend? Or is it home to a dead alien, crashed UFOs, and extraterrestrial technology.? Or all of the above?

Taking a thorough review of the historical record, eyewitness accounts, whistleblower testimony, and deathbed confessions, Area 51: The Revealing Truth of UFOs, Secret Aircraft, Cover-Ups and Conspiracies peers behind the classified secrets to understand the nature, history, and scope of the most controversial base in the United States. Redfern investigates the Cold War years, U-2 spy plane, SR-71 Blackbird, and chemical and nuclear weapon research as well as the base's link to an extraterrestrial presence on Earth, reports of alien autopsies, recovery of non-terrestrial spacecraft, and attempts to duplicate the fantastic, alien technology.

From UFOs to secret aircraft and the CIA, shadowy government programs and unexplained events surrounding Area 51 are illuminated, including .

• The government's Nevada land-grab at Paradise Ranch
• The U-2, the Blackbird, and the A-12 tests, refinements, and flights
• The Robert Scott Lazar revelations
• Roswell Incident and Project Mogul
• The development of "black helicopters"
• The "Autopsies - Bodies Unknown Origin 47" file
• Intelligence gathering through ESP, parapsychological, and mind control
• Secret research on teleportation
• Vast, hollowed-out chambers, tunnels, and hidden underground facilities
• And much, much more!!!