Tales from the Nashville Predators Locker Room: A Collection of the Greatest Predators Stories Ever ... 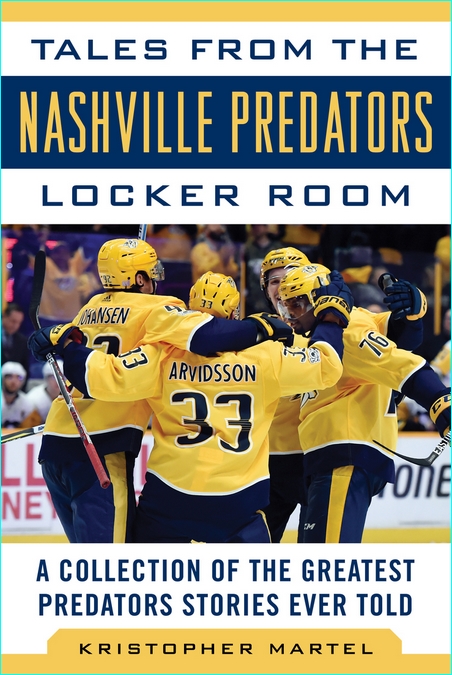 
In 1998, the Predators joined the NHL as an expansion team, marking the start of what's been a wild ride ever since!

Tales from the Nashville Predators Locker Room covers all the stories, from the adventures around the inaugural season, to Nashville's storied rivalry against the Detroit Red Wings, road reports from players competing abroad during the 2004 lockout, the heartbreak of the 2010 playoff loss to the Chicago Blackhawks, the jubilation of winning a playoff series in 2011, the Matt Duchene offside goal controversy in 2013 that in turn helped to prompt official reviews, the art of the trade and how General Manager David Poile has helped land some of the biggest superstars on the roster, and of course the 2017 Stanley Cup Finals.

In this insider's account, the Predators' greatest players and coaches-past and present-come to life. From P.K. Subban and Shea Weber, to Jason Arnott, Pekka Rinne, Filip Forsberg, Mike Fisher, and everyone in between, Fox Sports Tennessee correspondent Kristopher Martel covers it all.

The perfect gift for any fan of Nashville hockey!